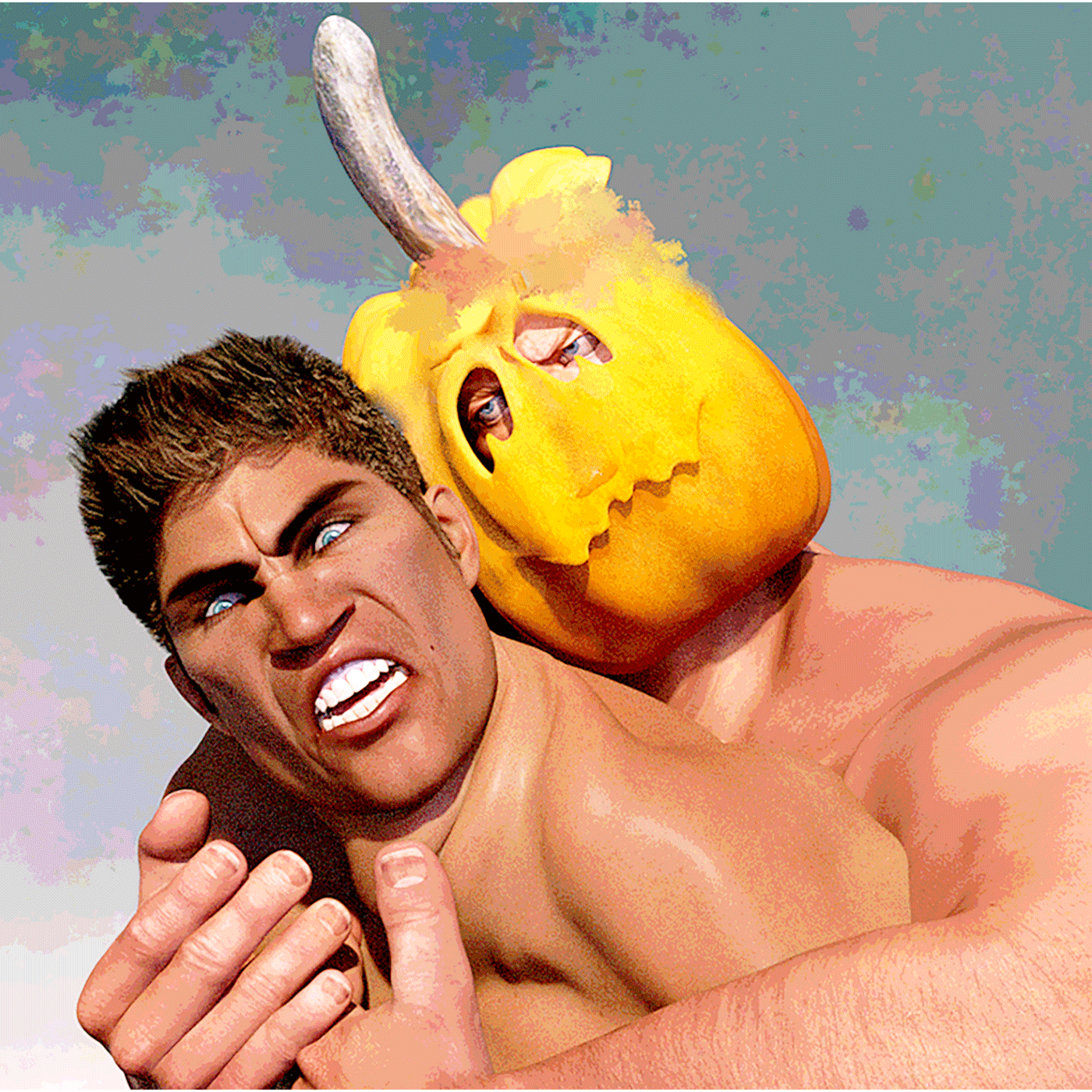 "Pumpkin Emperor" is a narrated story that is gory. An allegory. Is there something hidden--a moral or political meaning? Follow the origin story of a powerful emperor who has a face which is orange--the color of the pumpkin.Part of the scary Horror Podcast Vegas collection. See http://horrorpodcastvegas.com if you dare for a scare. S04E03 (27 minutes, 45 seconds).

Here is a transcript excerpt:

Narrator: So what have we got thus far? Well, we have got a naked blond guy getting out of his shower. His stage name here is William. Oh, so he has a stage name. Okay. William is shocked to find a creature standing suddenly in his bathroom. The creature is also naked. I suppose I should have mentioned that part first. So let us see. Naked guy, William from the shower, naked creature in the same bathroom just outside the shower stall.

And yes, the naked creature has a gigantic cock and balls. Follow me closely. These things may be on the exam at the end of the episode. Just kidding. There is no exam at the end of the episode. Just the naked creature with the gigantic cock and balls. What happens next is not at all unexpected. No, no, no. The creature does not have anal sex with the naked blond guy, William, from the shower. Would you rather the story take a turn in that direction? Really? Come on, pay attention. I am your humble narrator and I think you should pay me a little more respect than that.

William, the naked blond guy, is stunned. You would be stunned too. He wants to know what this creature wearing a rotting pumpkin is doing in his bathroom so late at night, William, apparently a man of few words whips up the pure courage to ask, “Who the fuck are you mister?” Is that a sign of a man who has pure courage? I doubt it totally.

“Who the fuck are you mister” is just goddamn lame. William could easily have said something far more threatening to the creature such as this, “Hey motherfucker, I got you trapped in here. Now you cannot fucking get away from me. As you can see, I am blocking your only way out of this very, very small bathroom. You are trapped in here, I promise you, fucker. How does that make you feel you pathetic and ugly, orange-headed monster?" 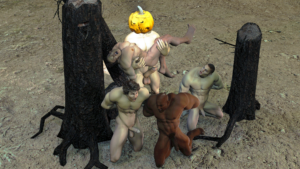 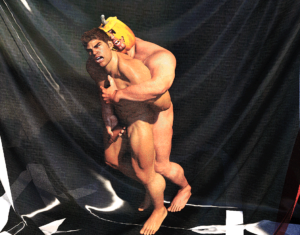 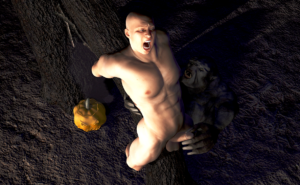 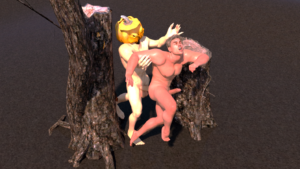 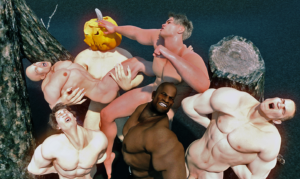